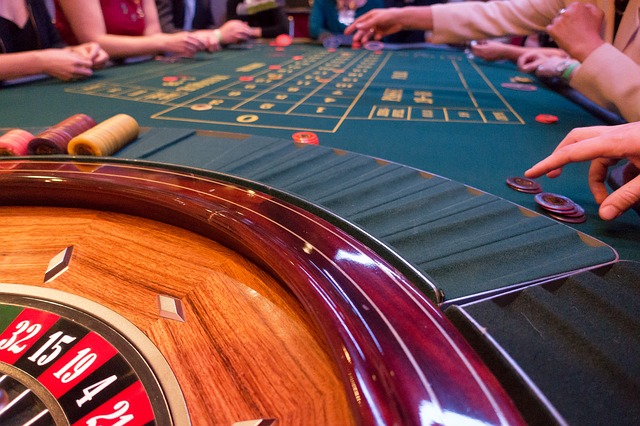 Roulette is a game with a long history that has enjoyed a great deal of popularity for a very long time. There is a more laid-back feeling because of the slower pace of this game compared to other casino games like craps and blackjack. It is also a relatively simple game that most people can play almost immediately without having to learn a lot of complicated rules.

People have been trying to figure out various systems and methods for winning at the game of roulette almost since the day was invented. Even today many people dream of finding an online roulette strategy that will give them an advantage over the house so that they can make an income off of one of their favorite games.

Is it possible to make consistent money with an online roulette strategy? Have a look at some of the most popular betting systems devised over the years and see what you think.

One of the most well known betting systems is the Martingale system. Many players have either heard about this method of betting from someone or even dreamed it up on their own and no matter how this system is discovered by people, many will think it is an ingenious method that can’t lose.

The system is simple. In the game of roulette you would bet on any of the even money bets, red or black, odd or even, high or low. You would start off with your minimum bet and if you lose the wager you would double the bet. If you were to lose the next spin you would double the wager again. Eventually you will win and when you finally get a winning spin you would be ahead one betting unit. It sounds like a simple system that can’t possibly lose.

The major problem with the Martingale system is that it is not all that uncommon for an even money bet to go 10, 15, even 20 times or more without winning. If you were to double your bet on every spin of the wheel you could quickly be down a tremendous amount of money and find that your next bet would exceed the table limits of the table you are playing at. If you were to suffer 8 consecutive losses you would be down 255 units and your next bet would be for 256 units. If you were to lose 9 or 10 consecutive bets you would be down 512 units or 1024 units respectively. Now think about your minimum bet when you sit down to play. If you are playing with a minimum bet of €5 or £5 you can multiply those “unit loss” numbers by five and you may start to get a sense of how devastating this system can be when things don’t go your way.

With a system like the Martingale you may win small amounts many times but eventually you will hit a long run of losses which could easily wipe out any wins you may have received in the past and quite a bit more.

This system is named after an 18th-century French physician named Jean le Rond d’Alembert. This system uses progression betting but is not nearly as aggressive as the Martingale system. The theory behind this system is that on even money bets such as red or black, each option should come up roughly an even number of times. This system would have you starting with one betting unit and increasing by one unit after a loss. You would decrease your bet by one unit after a win unless you were already betting your minimum.

For example if you were to lose three consecutive bets your fourth bet would be a 4 unit bet. If you were to win the 4 unit wager your next bet would be for 3 units. If you can see the obvious problem with the Martingale system, the D’Alembert system may seem like a winner. Although it is a much less aggressive system and a much safer system it is still a loser in the long run. The problem with this system is that the basic theory behind it is flawed. In an even money game you will not get an even number of wins and losses because red and black betters also have the green zero to contend with. You won’t lose your money as quickly with this system as you would with the Martingale but give it time, and you will lose.

This system is also known as the cancellation system. Like the other betting systems being discussed, the Labouchere system is meant to be used on the even money bets. With this system you start by writing down a series of numbers. They can be any numbers you like, even just the number 1 repeated. In this example we will start with 6 numbers, 1-1-1-1-1-1. Your wager will be equal to the sum of the first number and the last number, in this case 2.

Once all of the numbers in the series have been crossed off the game is complete and you could elect to start over and play again. The problem arises when you have a long session without crossing all of the numbers off of the list. You may soon find yourself making very large wagers and possibly losing a lot of money. This system does allow a player to come out ahead while winning far fewer than 50% of the spins on an even money bet but it is also possible to get into dangerous situations that require large wagers.

This system can result in a number of small wins but eventually you could hit a long run of losing spins and find yourself in dangerous territory again. Many systems have this particular flaw. It is possible to make a lot of small wins but when a series of losses eventually comes the amount of money loss would be substantial.

The parlay system is like the Martingale in reverse. If you lose a wager you revert back to your minimum. If you win a wager you let it ride. You may do this for any set number of spins, it’s up to you. If you were to win 5 consecutive bets you would start with 1 unit and let it ride. 1 becomes 2, then 4, then 8, then 16, then 32. Of course if you lose at any point you would have lost your original bet plus any winnings left to ride on the next bet. After a loss you go back to your minimum bet and wait for the next winning series.

Roulette is a negative expectation game. This means that the house has a mathematical advantage and that there really is no system of betting that can overcome this advantage. Many players are on the eternal quest for an online roulette strategy that wins consistently and makes money. No matter which method of betting you choose to employ the best strategy is good money management. Never bet more than you can afford to lose and always be willing to leave the table if you are fortunate enough to get ahead.